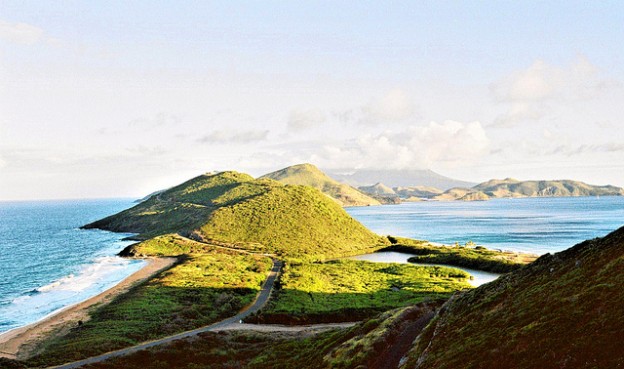 Being part of the Open Knowledge Hub has helped the Clearinghouse team to enhance its service on many levels. Firstly, the Clearinghouse software interface was improved, so it could connect to the Open Knowledge Hub (OKhub). The project also provides an opportunity to network with similar organisations around the world and therefore increases cooperation, and has enabled the team to identify areas for improvement in the methods used for knowledge management.

Connecting to the OKhub has also increased availability of documents in the CCCCC Clearinghouse for a wider audience and allowed for increased outreach. For example, a document on Agriculture in Guyana in the Caribbean Community was accessed 195 times through the OKhub and a country profile on St. Kitts and Nevis 114 times. Of 724 total users that reached the CCCCC clearinghouse through the OKhub, 139 users came from the Caribbean, 92 from Central and South America, and 59 from Africa. Compared to average regular internet traffic, this shows a relatively high participation of Caribbean readers.

However, the most important change was that CCCCC predominantly work on large scale programmes, but support from the Open Knowledge Hub project allowed the team to conduct a series of micro-projects for extending and enhancing its knowledge base on specific local and thematic areas. This led to an increased dissemination of research that was formerly not published. On a more strategic level, the micro-funding allowed the team to demonstrate the importance of a small scale approach to targeted information gathering. As a result, CCCCC has started to plan core activities from these micro-projects into larger, regional projects as well.

Within this project, two thematic experts collected, reviewed (for both relevance and quality), digitized, and published 198 sector-specific and climate change related documents that were previously inaccessible to the public. All of the documents focus on climate change in the Caribbean and the six sectors central for the Caribbean, (livelihoods and health, tourism, agriculture and fisheries, food security, water and renewable energy), or hold high relevance for Caribbean audiences including several useful guides, toolkits and handbooks.

Figure 1: Types of documents added during the micro-project “Sector-specific Collection” 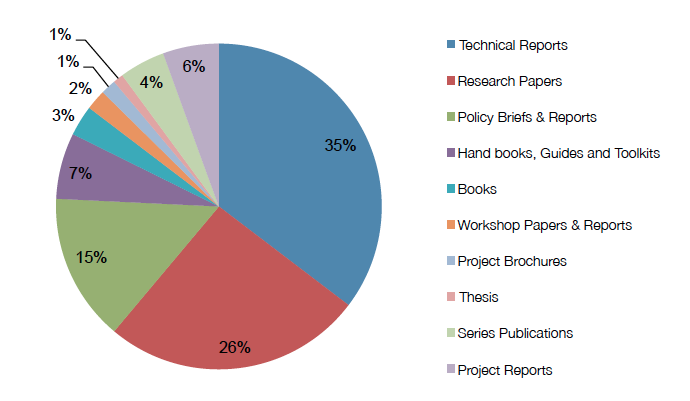 The Open Knowledge Hub project facilitated the planning and execution of a second micro-project, co-funded by the Climate and Development Knowledge Network.  The project arranged for a two week field visit to Grenada, during which a thematic expert contacted 33 in-country experts (government officials, NGO`s, corporations and academics) and identified, digitized and published 72 documents and tools relevant to Grenada and climate change. The authors were then contacted to grant us permission to publish their work and as a result all documents were published on Eldis through CCCCC Clearinghouse and the Open Knowledge Hub. 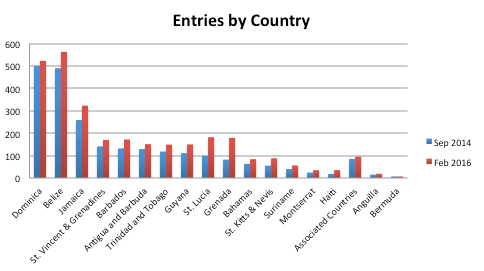 Building on the support of the Open Knowledge Hub project, the CCCCC Clearinghouse was able to fund other activities and capacity building initiatives that relate to knowledge management, namely the finalization of cataloguing all hardcopy resources in the CCCCC`s library. This was done in cooperation with the Belize National Library Service (BLNS), that used the opportunity to train a team of librarians in digital cataloguing. In addition, IT staff training in IT Service Management was also supported.

Lastly, the support enabled the Clearinghouse team to initiate its own donor-independent micro-project to shed some light on knowledge management in the small-scale fisheries sector. This project assessed the state of knowledge on the impacts of climate change on the small scale fisheries sector in the Caribbean and explored possible adaptation approaches. In-country interviews were conducted in Barbados, and the project collected, digitized and submitted more than 25 relevant documents and submitted a comprehensive report on climate change and the small scale fisheries sector, including recommendations for approaches on enhancing knowledge exchange with the fishermen.

Understanding the Importance of Micro-projects

The micro-projects were all aimed around the operational necessities of regional information resource management – such as the targeted collection, digitalization, and cataloguing of climate change related documents with national and sectoral relevance. They provided the necessary smaller scope and timely small-scale funding to enable this kind of work and proved to be very effective. They have resulted in better digital availability and accessibility of previously unpublished information material, research and policy documents and project reports concerned with climate change in different countries of the Caribbean Community.

In large projects, it is often very difficult to effectively drill-down and provide the appropriate resources to address the scope of activities to fill gaps in information and data on specific sectors and geographic areas. Moreover, the time from planning to execution is much shorter for micro-projects. The projects were therefore able to provide the necessary operational resources to the knowledge management team to execute the work in a much shorter time. Micro-projects can also be executed in much more lean and direct ways, without much need for multi-stakeholder coordination, on the level of mid-level management, and with less organizational and bureaucratic hurdles.

In addition, the approach (and its success) has also already inspired some follow up projects. For example, the research that was collected in the micro-project ‘Sector-specific Collections’ is currently being synthesized into sector briefs. Other data collection and digitization activities will increasingly be planned into larger regional programmes, and another  micro-project has started to collect and digitize a collection of documents gathered in over 20 years of climate change and environment related activities in St. Kitts and Nevis.

Moreover, because the collections and the research done as part of the micro-projects are available online through CCCCC`s clearinghouse database and OKhub.org, they have the potential to influence other organisations and inspire future projects. For example, the Climate and Development Knowledge Network (CDKN) has requested copies of the report produced from the micro-project in Grenada, which has been downloaded 46 times since its creation in August 2015.

The micro-funding therefore provided an opportunity for the CCCCC to change the type of locally relevant information they were able to engage with. It helped the CCCCC Clearinghouse to gain flexibility in conducting micro-projects to fill current gaps in the database, and enhancing and expanding the service they provide to the climate change community in the region and beyond – such that more research on climate change in the Caribbean countries is now more widely available and accessible.